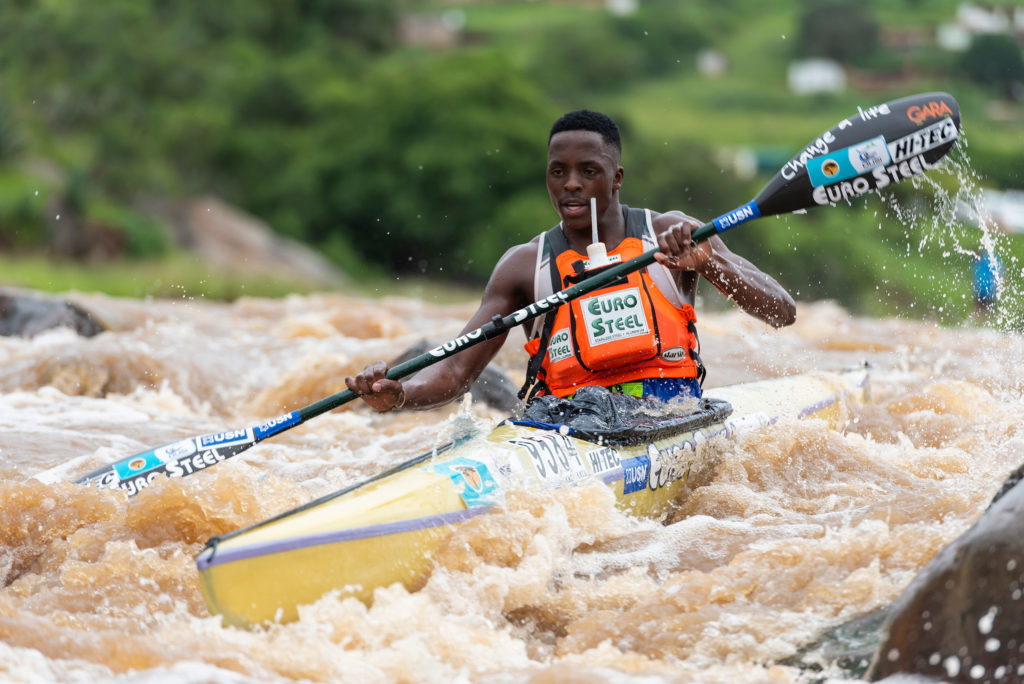 Two teams made up of Martin Dreyer’s Change a Life Academy paddlers and alumni are preparing to take on the tough 240km Berg River Canoe Marathon from 3 to 6 July as the experienced Thulani Mbanjwa teams up with Msawenkosi Mtolo while Khumbulani Nzimande pairs up with Siyanda Gwamanda for the race.

The four-day journey from Paarl to the West Coast fishing town of Velddrif will be a first for three of the four squad members with only Mbanjwa having raced the Western Cape classic before.

The event will pose significantly different challenges when compared to the traditional KwaZulu-Natal races that the Change a Life paddlers thrive on, but with a solid block of training behind them, which included the KZN Marathon Championships, they are looking forward to the challenge.

“Doing the Berg motivates the guys to paddle through the middle of the year and it gives them a great base going into the following Dusi season,” Academy founder Martin Dreyer said. “The KwaZulu-Natal river scene is quiet through the winter so to go and paddle the Berg gives the guys a great opportunity to see a different part of South Africa.”

Nzimande and Gwamande will form the Team Capensis Change a Life team and will be the top ranked team to come from the Change a Life Academy.

“Khumbulani had an incredible Dusi and finished fourth overall and has been the stand out paddler in the squad. So he got to select his own paddling partner, which was Siyanda.

“Msawenkosi, being the next highest ranked CAL paddler, too was also allowed to pick his partner and he chose to paddle with Thulani.

“Team work is going to be crucial at the Berg but enjoyment is also a vital factor so I wanted the team pairings to be of similar ability and importantly also that they are friends.

“Khumbulani and Siyanda train together so they make an obvious combination,” Dreyer added.

The debut pair of Nzimande and Gwamanda will head down to the Western Cape a bit earlier and will have the opportunity to become familiar with the conditions and the unique aspects that come with paddling the Berg.

“Siyanda and Khumbulani will join the international paddlers for a few days before the race where they will be able to trip and learn about the tree blocks and come to terms with the weather and the cold water.

“Tree blocks are very different to other obstacles like rocks because they act as a strainer and the water flows through it, whereas the water deflects off rocks and so they are easier to avoid.

“It’s a completely different dynamic and the guys will have a good chance to try and get some experience before the race starts,” Dreyer commented.

Mbanjwa, who has paddled in four Berg River Canoe Marathon’s, will be a good sounding board for the three novices during the four day race.