When the field of paddlers line up for the start of the 2019 edition of the Berg River Canoe Marathon at Market Street bridge in Paarl on Wednesday 3 July, icon Jannie Malherbe is poised to paddle his way into the record books as he aims for his 47th Berg medal, in the year that he will turn 80.

Malherbe was part of the inaugural Berg in 1962 and went on to win the next three editions of the four day race from Paarl to the West Coast town of Velddrif. 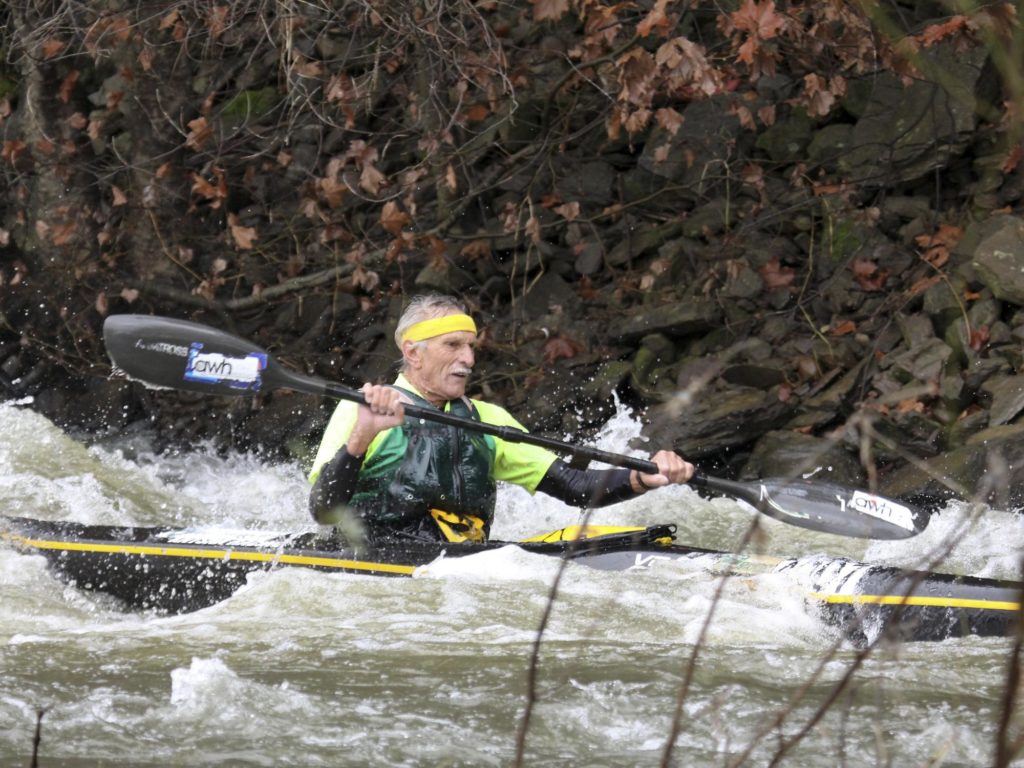 Now resident in George he starts training in February each year for the 240km odyssey down the Berg, but he insists that he is not trying to prove a point to anyone, and pays no attention to the time or position.

“I come back every year simply because I enjoy the challenge and I just enjoy paddling,” he says as he prepares for the 2019 edition of the race. “The race is different every single year, and in this race you measure yourself against the elements.”

“Some days are easy and other days are difficult. But you always remember the difficult days,” he added. “Those tough days when you feel you did well to survive!”

Malherbe is two medals short of Giel van Deventer’s record of 48 Berg finishes, but his lengthy Berg career is not unbroken.

“I took a break from paddling between 1967 and 1971, and I think I got back into it to stop people asking me when I was going to paddle again!” he recalls.

For an athlete that has experienced the race through every possible weather and river condition Malherbe has vivid memories of the particularly brutal days on the Berg River.

“In 1971 I had trained really hard but I spent some time welding a tank into a portable toilet at Zonquasdrift. My lungs were burnt by the Zinc oxide I inhaled and I couldn’t breathe and I had to withdraw from the race. That was hard,” he remembers.

“But my worst Berg was in 1966 when Paul Chalupsky and a few others really worked me over after I was leading after the second day. It was hard, hard racing with sprint intervals and tough tactics in the bushes and I fell off,” he said.

The man embodies the adjective ‘evergreen’ and says he enjoys the sport for the unique perspective it gives the paddler of the countryside they paddle through.

“There is no other sport where you get to enjoy nature like we do. As paddlers on a river we are below ground level and we get to see all the wildlife that lives with the river banks,” says Malherbe.

He is also adamant that part of the secret to his long paddling career is his love for red wine.

“It is the first thing I have when I get off the water, a glass of good red wine, and not a small glass!” he says with a glint in his eye. “It is the best medicine ever!”

Malherbe will form part of the special Legends batch that will start the race just behind the batch of seeded paddlers taking part in the team race.