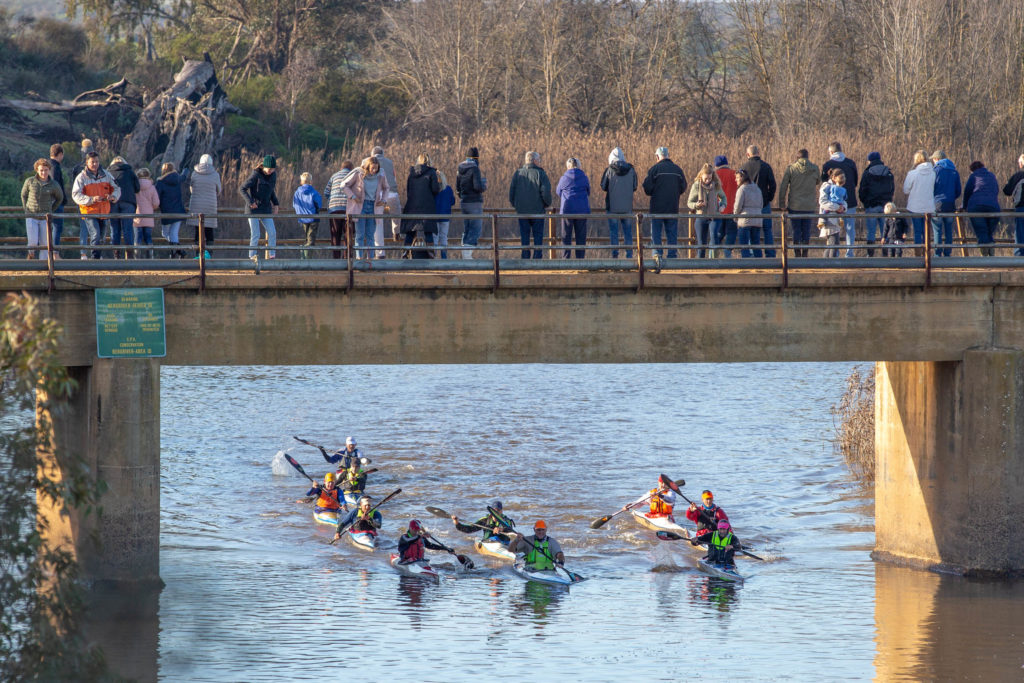 As the first rains of the winter drench the Western Cape, paddlers have started entering the 2019 edition of the Berg River Canoe Marathon which will be raced from 3 to 6 July, with younger elite racers throwing their hats into the ring early on.

As the early bird entry process closed at the end of April over thirty entries had been processed, but, as the rules allow, there were few clues about teams and partnerships likely between the individual entries.

The Berg River Canoe Marathon started an innovative team racing format last year that saw the top elite paddlers pairing up and racing under team tactics for the four days and 240km from Paarl to Velddrif, a race that was won by local stalwart Graeme Solomon and his Hungarian partner Adrián Boros.

After the positive feedback from the debut of the team racing format, the same rules will determine the competitive categories for the upcoming Berg, and a year after its introduction, the elite racers are far wiser to the subtleties of team racing tactics.

Solomon embraced the team format last year and after scooping the Hungarian as a partner, they set out to dominate the race from the get-go. He said that the unique demands of the ultra-endurance canoeing event forged special relationships in the heat of competition.

“The fact that people are going to create bonds through this format is one of the great things about it,” said Solomon after the drama-laden opening stage that saw him have to wait for Boros after he got stuck in one of the many tree-blocks that lace the Berg River.

“You have to look after each other all the time. It is a totally different dynamic in that when we were coming through a tricky section and I would hear Adrian’s paddle hit a tree I would check to see if he was OK!

“But in previous years I would be celebrating quietly if he was stuck so it is a bit strange but I think that it has been a great change,” Solomon said.

A significant trend in the early entries for the race was the number of Under 23 paddlers keen to take on the challenge, including Orange River Marathon champion Alan Houston of Maties, Anders Hart, Zach Preyser and Tracey Oellerman.

While the racers vie for the honours and podium places in the team competition, the Berg has a loyal core of paddlers that thrive on the solo challenge, reflected by the quick entries from some of the race’s evergreen veterans and masters like Taxi Kotze, Rene Boehm, Brian Whiteford, Ralph Teulings, Franscois Loedolff and Gordon Laing, it was also little surprise to see the names of Edgar Boehm and Giel van Deventer on the list of confirmed entries after the close of the early bird process.

Edgar Boehm set the record for the most consecutive Berg finishes at 45 when he completed last year’s race, while Giel Van Deventer extended his own record of the most Berg medals to 48.