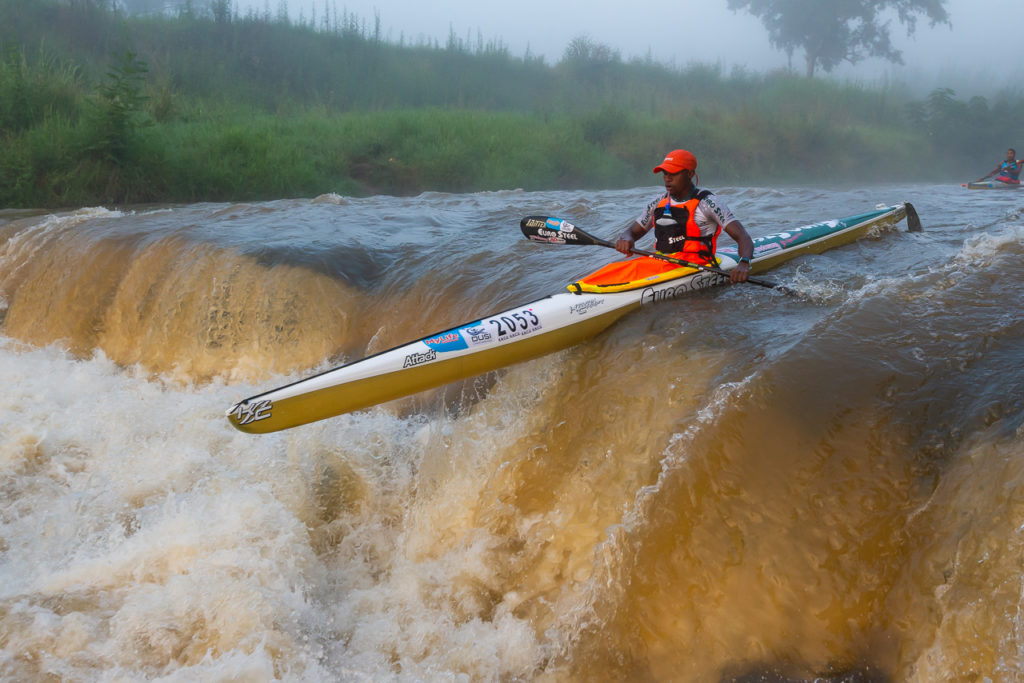 After an eight year absence from the Western Cape’s premier river canoe marathon, Gauteng-based paddler Siseko Ntondini will return to the Berg River Canoe Marathon this year for the race from 7-10 July.

Ntondini’s last appearance at the West Coast classic was in 2012 where he finished in fourteenth place overall, a race that was won by Berg legend Hank McGregor.

It wasn’t a difficult decision for the Soweto Canoeing and Recreation Club member who jumped at the opportunity to get back to the Berg following a long absence from the race.

“I thought that this would be a good year to give the Berg a go,” the Euro Steel/AdReach paddler said. “I have had a good base to work from following the MyLife Dusi and then the Non-Stop so I am fit.

“I am looking forward to giving this year’s race a good go and if I can finish in the top ten then I’ll be very happy because it’s a very strong field.”

Ntondini has put in the long training sessions in the build-up to the race with his eyes set on the Queen Stage of the Berg – the 75km third stage from Bridgetown to Zoutkloof.

“The training started as a bit of a shock having to spend so much time in the boat but I’ve got used to it and know that it can only help me when I am paddling that incredibly long day three.

“I am looking forward to being in the boat and paddling those long days because I have put in the hard training for the race.”

This year’s Berg will form part of a greater plan for the Gauteng-based paddler who is already looking towards the 2022 MyLife Dusi Canoe Marathon.

“The Berg will give me a really good base to build on going into the rest of this year and into the river season next year.

“I want to do well at Fish this year and this is an important part of that but also for Dusi next year.

“Given that we don’t run over Burma Road on day three of the Dusi I think that the Berg will help me in preparing for a longer day in the boat on the final day of the Dusi.”

A Western Cape winter brings with it wind and rain which adds to the challenge of the Berg. The weather conditions aren’t something that Ntondini is too concerned about.

“The weather isn’t something I am thinking about, I am used to the cold,” he commented.

Ntondini and fellow SCARC member Benjamin Mntonintshi will lead the charge from the City of Gold at this year’s Berg and Ntondini has been tasked with a mentor role.

“Benjamin is still Under 23 and will be doing his first Berg this year so I have been trying to help him at training.

“It’s going to be a tough race with a really strong field so we are looking forward to the challenge that the race is going to exciting.”