At the end of the gruelling 75 kilometre queen stage of the Berg River Canoe Marathon Andy Birkett retained his lead in the men’s race while his wife Nikki did the same in the women’s race.

Birkett and second placed Hank McGregor tore away at the front of the race to cover the races longest stage inside six hours, with McGregor taking the stage honours while Birkett hangs onto his overall two minute lead.

“It was action-packed the whole way,” said Andy Birkett after completing the stage.

“Any little gap he made Hank really got on me and made me work to catch up. It was exciting racing and hats off to him for taking the stage win today. It is always great racing against Hank because it is hard but fair the whole way. 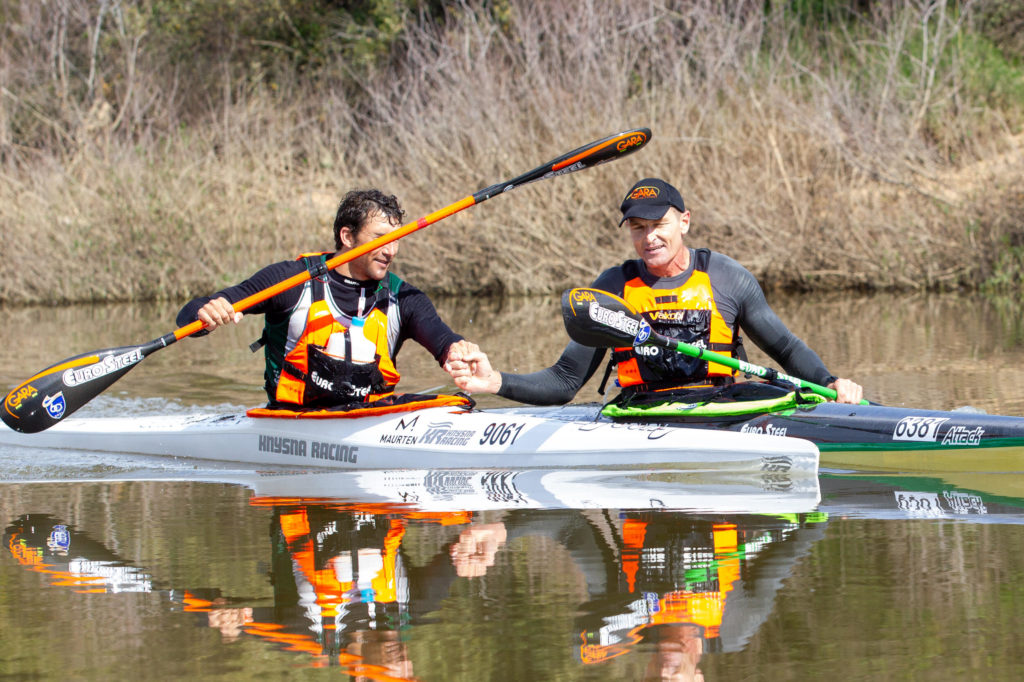 “I felt good out there today and tomorrow is another long stage tomorrow,” he added.

McGregor said he set out to pressurise race leader Birkett on the longest stage.

“You have got to make a race out of it,” he said.
“Unfortunately I made an error just after the dam wall and went too far left and ended up in a blocked channel.

“That gave the guys a gap and I think I was lying around seventh. I then had to try and catch back up on my own.

“Hats off to Andy. I have thrown everything at him at different stages and he keeps coming back,” McGregor added.

In the women’s race Andy Birkett’s wife Nikki showed her marathoning skills as she powered away across the mist-enshrouded Misverstand dam at the start of the stage, only to see the tenacious Jordan Peek grind back onto her wave.

“I took off like a cracker and then I got to a point when I wasn’t feeling so good and decide to rather conserve and pace myself,” said Nikki Birkett. 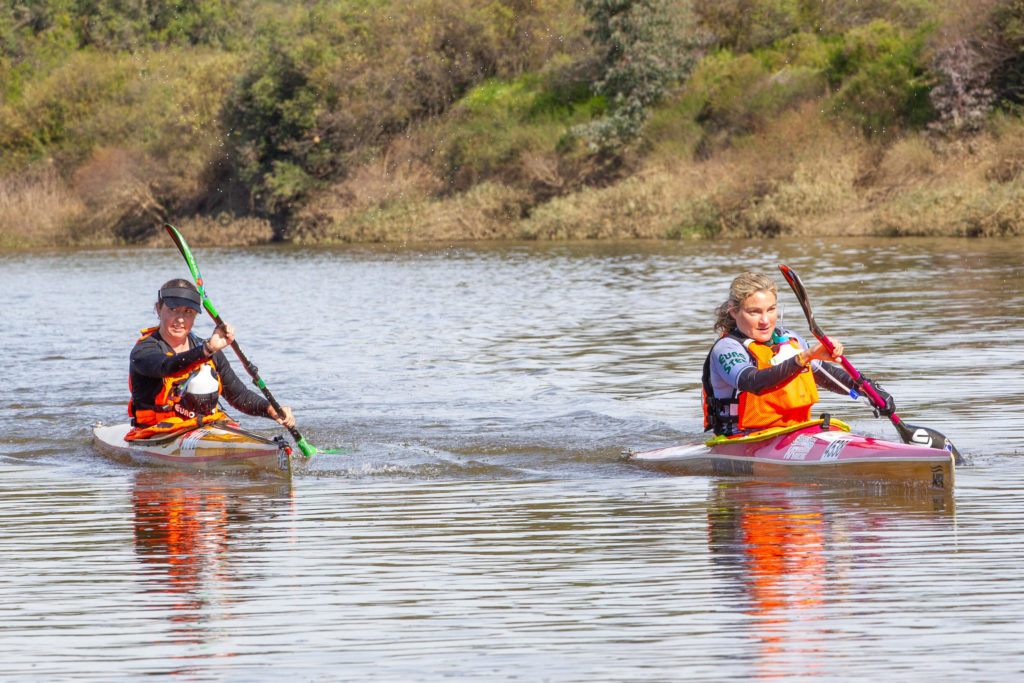 “I slowed down and when Jordan and her group caught up on the portage we got together and all pulled our fair share.

“I am feeling marathon fit. The furtherest I have paddled is thirty kilometres, so I’ve got the speed but Jordan has the distance,” she added.

Twenty minutes behind them Bianca Beavitt finished with Tracey Oellerman, retaining their third and forth places respectively.

Dyllan Farrell still leads the juniors race, with Border speedster Luke Swinney finishing right alongside him on the third stage.

Paul Marais moved two places up the leaderboard as the sub-master enjoyed another consistent day on the Berg River.

Jasper Mocké came back from a disaster when he broke his paddle in a tree-block to power back through the field and ended the day one position higher up the leaderboard.

The final stage is 60 kilometres from the overnight at Zoutkloof to Velddrif on Sunday.