As the New Year approaches the iconic Berg River Canoe Marathon has confirmed that it has plans to bolster the 59 year-old South African household name event as it falls under new management. 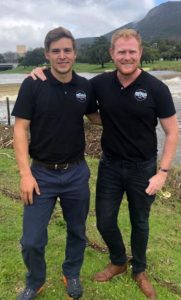 BAHM Events, the organisers of the successful Bamboo Warehouse Push and Pull Paddle in August has been awarded the rights to run the 2020 Berg River Canoe Marathon from 8 to 11 July next year, and they plan to build on the event’s traditions while seeking to add value to each participant’s experience wherever they can.

“We are excited by the energy and vision in the new organising committee. We share their vision to build on the race’s heritage as they make it attractive and contemporary,” said event owner Melanie van Wyk, whose family has a long association with the race.

Her father, Willem Van Riet, was part of the small group of pioneers that took on the first Berg in 1962 and his brother Roelof won the first of his Berg titles in 1968.

The new organisers have confirmed that the 2020 competitive event will revert to being a solo K1 competition, after two years as a team event.

“The team concept has added a lot of value to Berg and saw entries increase year-on-year last year, but the Berg has a deep-rooted tradition as a tough solo event,” said co-event organiser Alan Houston.

Houston and Brandon Macleod ran the much-talked-about Push and Pull event that focussed heavily on an all-inclusive entry that was built around a tented race village and three hearty meals a day, which they plan to bring to the Berg for the 59th edition of the race.

“More than anything, the Berg is respected the world over as the toughest long-distance canoeing event of its kind,” said Macleod. “It is a concept of ultra-canoeing that involves covering more than fifty kilometres a day on successive days.

“As such it has a totally different set of demands to be successfully completed. It is much less about speed than stamina and endurance as well as the mental strength to deal with back-to-back long days on the water,” he added.

“It is on every paddlers bucket list,” he stressed. “It doesn’t pretend to be anything other than tough, but the satisfaction from finishing a Berg will always rank as any serious paddler’s top achievement.

Macleod and Houston added that they plan a raft of changes and innovations to the four day classic from Paarl to Velddrif, and added that this would pave the way for the 60th edition of the race in 2021 to be particularly memorable.