With a strong KwaZulu-Natal summer river season under her belt, Jordan Peek will return to competitive racing when she takes on her first Berg River Canoe Marathon from 7 to 10 July.

Peek’s summer paddling season consisted of a runner-up finish at the MyLife Dusi Canoe Marathon and then a first place finish in the women’s race at the Non-Stop Dusi which gave her a base off which to launch her Berg training.

Tackling the iconic four-day race to the West Coast has always been on Peek’s agenda, however given the currently climate and the cost of travel from KwaZulu-Natal to the Western Cape it wasn’t going to be viable – until intervention from the organisers helped the dream become a reality.

The organisers offered Peek the entry after Dusi winner Christie Mackenzie withdrew given her focus on the ICF Canoe Marathon World Championships, as part of the new Berg-Dusi reciprocity backed by Kindo Covers. Peek finished second at the Dusi so jumped at the opportunity when it was offered.

“The Berg has always been on my bucket list,” Peek said. “I had planned to race the Berg but when I put all the costs together it wasn’t going to be something I could afford.

“I lived in Stellenbosch for four years and never did the Berg because whenever I saw people come back after they had paddled it they looked dead!

“But after the summer season I thought I was still quite fit and have been paddling in the sea and still keeping up a level of fitness that I thought it was a good time to paddle my first Berg!”

A mad rush begins for the Euro Steel star as she books accommodation and plans logistics to get her boat from Hillcrest to Cape Town; however a final burst of training might be on the cards for her. 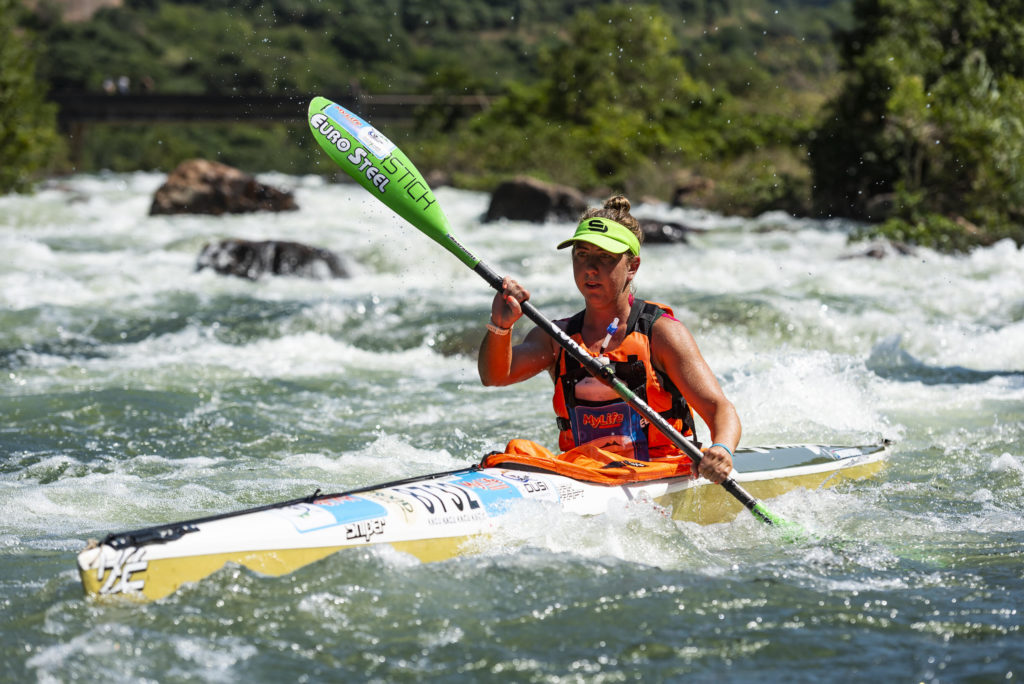 “I don’t really know how much training I can do in three weeks but we will have to see how that goes.

“I am planning on heading down a week before because I want to try and spend as much time on the river as possible.

“The river might be flat but there is still a lot of tactics that go into racing there so I want to try and be as prepared as I can be,” Peek explained.

This year will see one of the more competitive women’s fields the race has seen in a while with a number of usual Western Cape suspects and few other top female paddlers heading to the showdown hoping to bag the R25 000 in prize money.

“There are a lot of girls down there that are producing really good results and have the advantage of being able to paddle on the river.

“I am going to need to learn as quickly as I can but I am not putting any pressure on myself and will make sure I am not too overeager.

“You can’t go out guns blazing and leave nothing in the tank for the final few days. I need to use just enough that I still have enough for the following day.”

The weather is a constant threat during the Berg with the harsh Cape winter a whole other dimension to an already physically demanding race.

“I don’t know how ready I am for the weather but I know there are wine farms along the route that I will definitely be using to warm up after a day on the river!” she quipped.

“Having been in Mauritius and Hillcrest I don’t think I’m ready for the winter down there.”