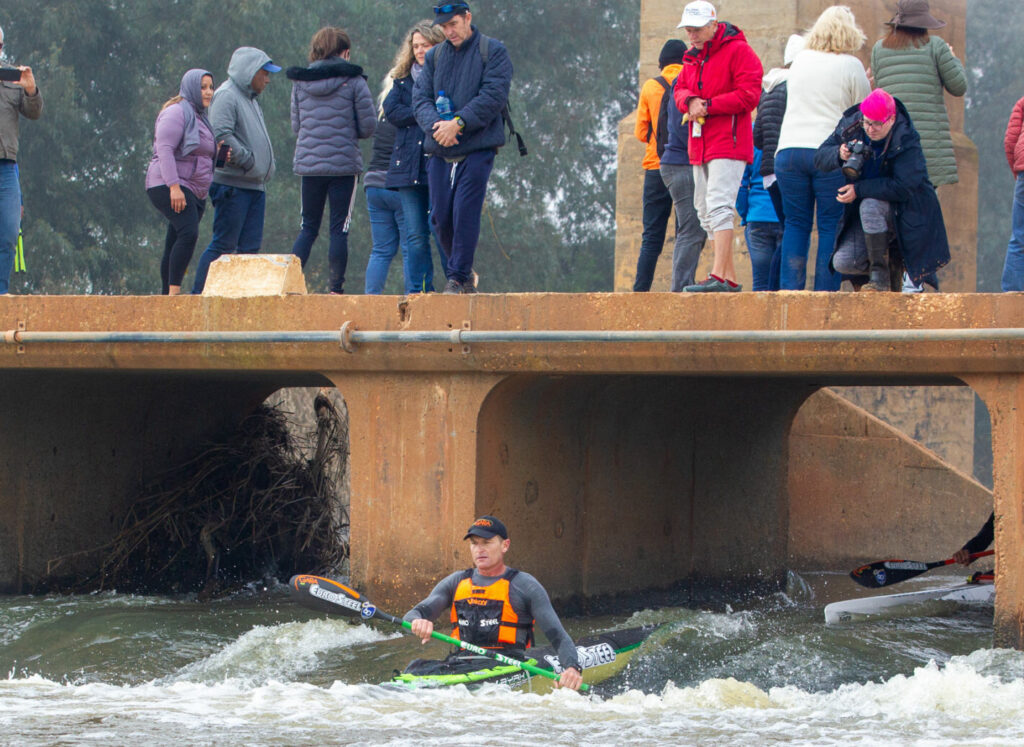 The Berg River Canoe Marathon from 6 to 9 July has introduced an innovative set of bridge time incentive prizes designed to keep the outcome of the race in the balance until the final stages of the tough four day race from Paarl to Velddrif.

At two bridges on each stage the front group of men and women will be able to contest a cash hot-spot prize, but more importantly these include time incentives that will be added to their race times for all the subsequent stages.

The winner of the bridge hot spot will get a 30 second discount on their race stage time, the second boat a twenty second discount and the third a ten second discount. This will be factored into their overall race times and will come into effect from the following stage, whether these are elapsed time starts or bunch starts.

The bold move has been under discussion for several years and has been heartily supported by many elite racers including eleven-times winner Hank McGregor.

“So often the race is pretty much decided by the end of the second stage and the race becomes a bit of a procession,” said McGregor. “These bridge prize time incentives will shake that up and make sure that the race isn’t run until we get to Velddrif.

“So if four boats finish a stage together the time differences won’t be fractions of a second but something not too hectic but enough to break up the bunches,” said McGregor.

“So a paddler would be able to make up time by winning hotspots, and will be able to start ahead of, say, a paddler who chooses to just sit on the diamond all day. 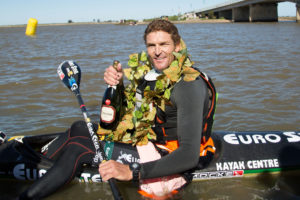 “It will bring more excitement and spectator appeal. And make the race more media-friendly,” he pointed out.

“This is all about creating a race within a race and add excitement through the four days of the Berg,” he added.

The time incentive hot-spot was successfully trailed at the first team Berg race in 2018.