With the organisers expanding the Berg River Canoe Marathon entries to K2 paddlers, Gauteng paddlers Cally Henderson and Karen Field have entered the 240km race from Paarl to Velddrif from 5 to 8 August with a clear view to using that experience to target completing the race in singles in the future.

64 year old Henderson and 44 year old Field were excited to learn that the Berg organisers were happy to allow K2s to enter and start in a later batch on each day.

“This is part of a bigger picture and Karen’s plans to do the Berg in a K1 next year,” said Henderson. 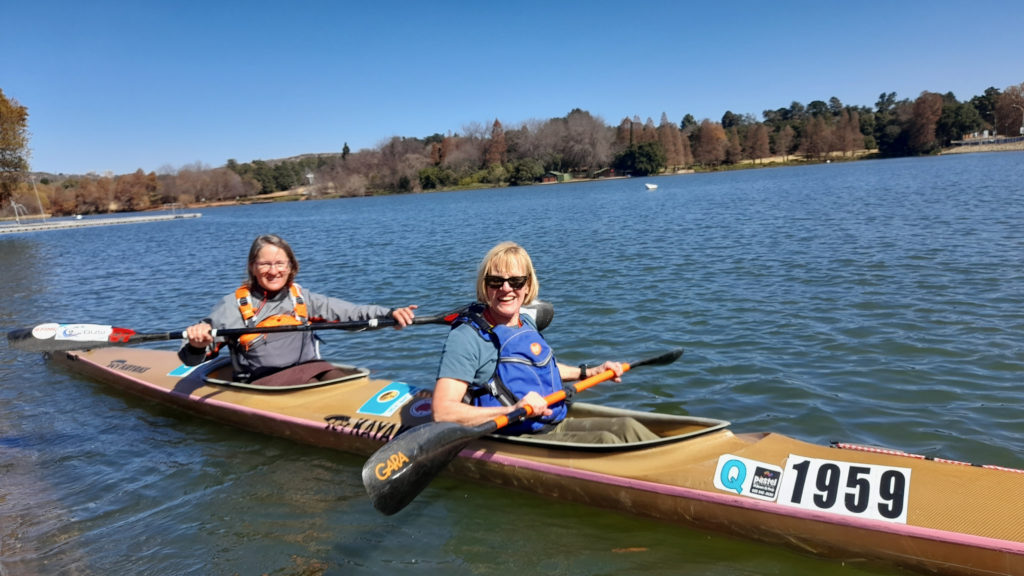 “I did my one and only Berg in 2008, which was a fortunate year to choose as the river was in flood that year!”

Clubmates at Dabulamanzi in Gauteng, they set their sights on Field’s medium term plans for a K1 Berg in 2022 a month ago and agreed that the experienced Henderson would steer their K2 as the first serious building block in her plans for tackling the race on her own next year.

“I see this as a great way to help out a friend and make a contribution at the end of my paddling career,” said Henderson.

The K2 entry may well prompt more entries from doubles combinations as the entry for the Berg closes on the Wednesday evening before the race. Race director Brandon Macleod says the K2 entry was fully aligned with their broader philosophy of making the Berg more accessible.

“Every paddler recognises that completing the Berg in a single is one of the sport’s ultimate challenges,” said Macleod. “Our decision to open up the entry to doubles was intended to make the race more accessible and build the base of paddlers capable of doing the Berg in singles.” 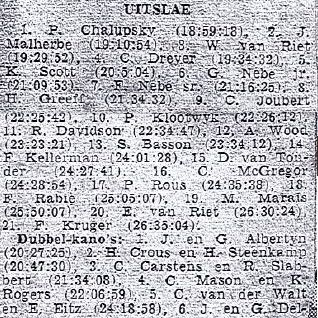 He added that the early editions of the Berg had allowed doubles to complete and archive records showed daily results for both singles and doubles.

This weekend the final race on the Berg river before the 60th anniversary Berg Marathon is designated as a K2 race from Paarl to Skooltjie, covering the first half of the first stage of the four day race.

In the past the dense tree blocks on the upper reaches of the river have it very difficult to navigate the longer K2 craft.