Young German marathon paddler Matthias Schmidt is itching to get to grips with the Berg River when he partners Czech Republic racer Petr Mojžíšek for the four day team race from Paarl to Velddrif from 3 to 6 July.

Schmidt was part of the German national team that contested the World Marathon Championships at Camps Drift in Pietermaritzburg in 2017, and the young paddler from Munich has blossomed as a long distance racer since then.

Last year he produced a shock win in the gruelling three day 180 km flat water race in the Czech Republic from Budějovice to Praha, where he toppled Petr Mojžíšek, the man who has traditionally dominated the race, after which talked turned to the pair teaming up for the Berg in 2019. 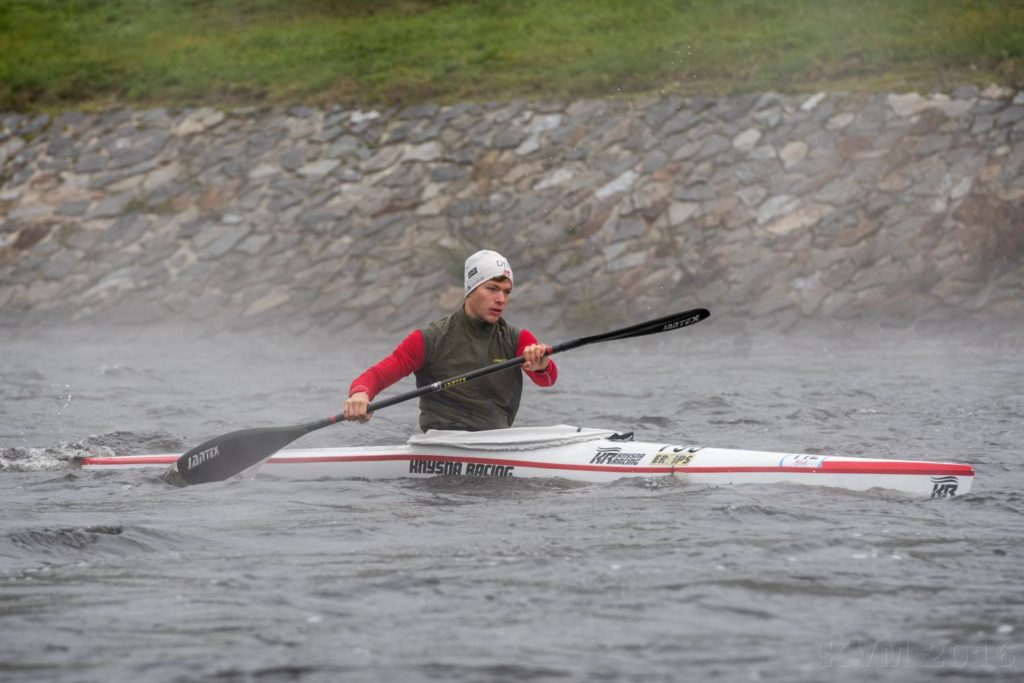 The 23 year old chemical engineering student from Technical University of Munich says that his interest in the Berg River Canoe Marathon goes back to 2013 when he started following the challenge from some of the top European paddlers.

“That was actually the first time I watched the race and since then it has been a dream of mine to participate In the Berg,” said Schmidt.

“The Berg is such an iconic race with big names stepping on the podium like Andy Birkett, Hank McGregor and Graeme Solomon, but I have been watching the Europeans in recent years – paddlers like Kiko Vega, Adrián Boros and indeed Petr Mojžíšek, and to see impressive paddlers like Ben Brown who couldn’t finish the race cleanly.”

Racing and beating Mojžíšek in the Budějovice to Praha race was a turning point for the German after a year fraught with glandular fever and then breaking an ankle that kept him out of the boat, and missing selection for the German marathon team.

“Suddenly, I got the reputation of being a good long-distance paddler. After that I won a few medals in the river races of the ICF Classic World Series and came top ten in a few others, and I started to feel more comfortable paddling long distances and have the necessary mental strength to do so.

“But when Petr asked me in February to race the Berg with him, I had to think about it for some time!” he added. “When he asked me it was a big honour and it is indeed an awesome opportunity,” said Schmidt.

The decision to race the Berg was aggravated by pressure from home at university and at home in the German summer.

“I’m in my last year of University and I’m currently doing my Master’s Thesis, studying Chemical Engineering with a focus on polymer science, which requires a lot of work in the lab and missing more than a week is not that easy,” he said.

“Taking ten days off cuts into this time, and it also actually time I wanted to spend with my girlfriend and family in the summer,” Schmidt commented.

Normal entries have closed, and late entries are now being taken.