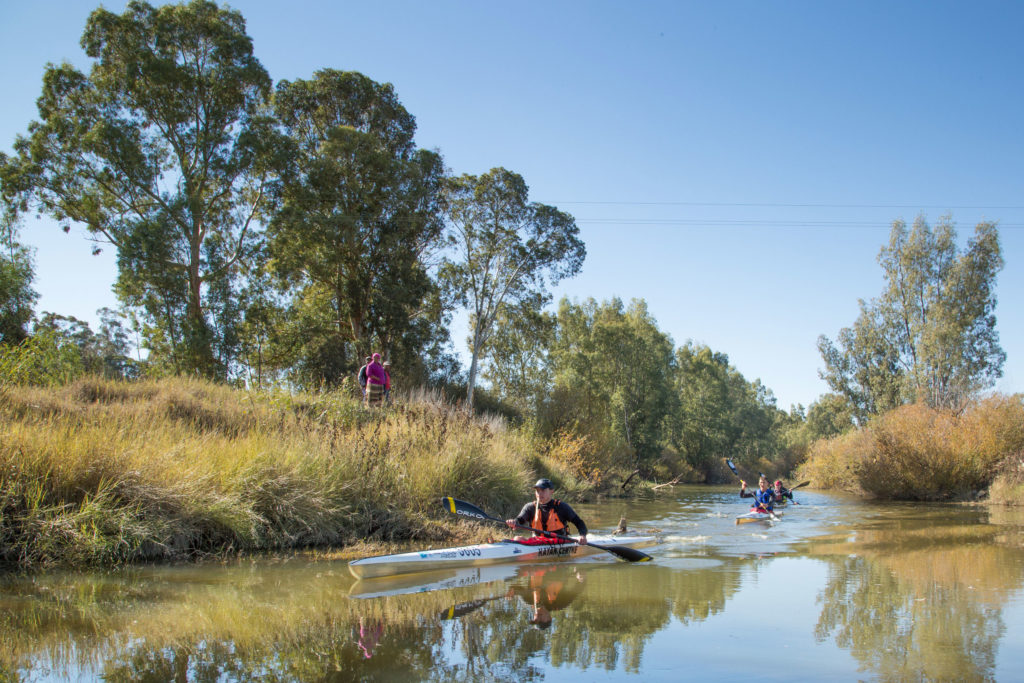 As another cold front soaks the Cape winelands, organisers of the Berg River Canoe Marathon from 3 to 6 July have confirmed that good paddleable water can be assured and the clearing of alien vegetation is well advanced.

“After a number of years of a very low river and impassable sections this year promises to be very different,” says race committee chair Enslin Van Riet.

While the weather forecast for the month ahead points to good soaking winter rains that the regions has typically enjoyed in the build-up to the race, Van Riet has assured paddlers that there won’t be a repeat of the very low river conditions of 2017.

“The Department of Water Affairs has committed to two environmental water releases from the Berg River Dam, starting two days before the marathon,” said Van Riet.

“Depending of the Berg River Dam level it will mean an additional ten to fifteen cumecs of water along the course of day one and two,” he said.

The Misverstand Dam at the start of the long third stage is another key storage dam that collects water from a number of tributaries to the Berg River, and Van Riet pointed out that this dam is currently in a very favourable state.

“Misverstand Dam is spilling at the moment, which means that a release from Misverstand will add water for the whole of the third stage,” said Van Riet.

He added that ongoing work to combat the invasion alien vegetation such as water hyacinth and water lettuce, together with the clearing of tree blocks was proceeding at an encouraging pace.

“The eradicating of hyacinth has been very successful and the whole river is now 99% clear of all hyacinth,” said Van Riet.

“The clearing of all alien vegetation and trees by different departments is ongoing and the only section with tree blocks, although minimal, is between Zonquasdrift and Gouda.

“Our team of paddlers are combing this section and will clear serious tree blocks by chainsaw so that it is clear by the time of the race.”

“So even if the rains disappoint us again we will have an open river and a decent water level along the full course of the race,” he added.