Respected Czech Republic marathon paddler Petr Mojžíšek has confirmed his entry for the Berg River Canoe Marathon from 3 to 6 July, and has recruited the strong young German paddler Matthias Schmidt to partner him in the team event.

The 42 year-old Mojžíšek from Jesenice in Prague finished sixth in 2016 and third in 2017 and is looking forward to taking part in the new competitive team race. 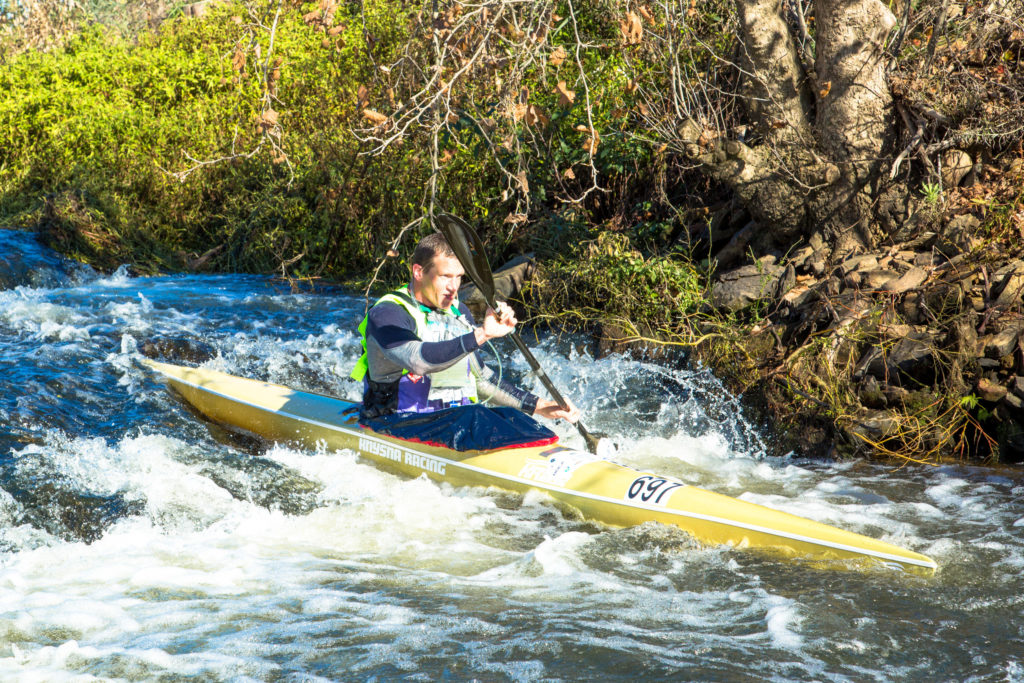 was not able to come to do the Berg last year, and I was curious how the team race format would work and what would be the reaction from the other paddlers,” said Mojžíšek. “I was in touch with Keith Moule who said it has been interesting and fun.”

After racing onto the podium in the solo race in 2017, Mojžíšek plans to aim at one of the higher steps on the Berg podium in the team competition, and turned to the German that he first met in 2018.

“Instead of Berg 2018, I took part in a three day 180 km flat water race, Budějovice-Praha, while also organizing it. Surprisingly, it was a big battle and it was won by Matthias Schmidt who came from Munich to compete.

“After the race we briefly talked about doing the Berg the next year and Matthias was very interested. In March we chatted again and decided to do Berg in the new team format. This is something I have not tried before and I am very excited about it,” said Mojžíšek.

The big Czech paddler will be one of the heaviest paddlers in the field, and will recall how tough the 240km race on a low Berg River was in 2017.

“Luckily I think I have forgotten some of the emotions I felt during that race, especially on day three and day four, and that helped me enter the Berg again!” he quipped.

He comes into the race on a solid base, with some encouraging recent results.

“Two weeks ago Matthias was here in Prague and we had a small training camp,” said Mojžíšek.

“This past Saturday I paddled in a crazy 106 km sea kayak race on the Vltava river and I managed to break my own race record from 2015, which makes me feel comfortable with my current fitness levels.

“Matthias is young and strong and I believe we will be able to give the others a hard time,” he added.

The swinger for the likeable big Czech will be a fuller river than he experienced on his last Berg outing, something that looks very likely given the full dams, managed water releases and the prospect of good rains in the weeks ahead.

“I only hope for some rain to come. I am really looking forward to the race and enjoying the company of all the guys around,” he said.