When the paddlers near Velddrif at the end of the 60th anniversary edition of the Berg River Canoe Marathon on Sunday 8 August, Lisa Scott will be poised to break a remarkable record for most finishes by a female paddler.

She will start the four-day odyssey from Paarl to Velddrif sharing the women’s race record of twelve medals with icon Jean Wilson and Helen Boehm, and if she completes the 240 kilometre journey to the coast she will take sole ownership of this prestigious mark. 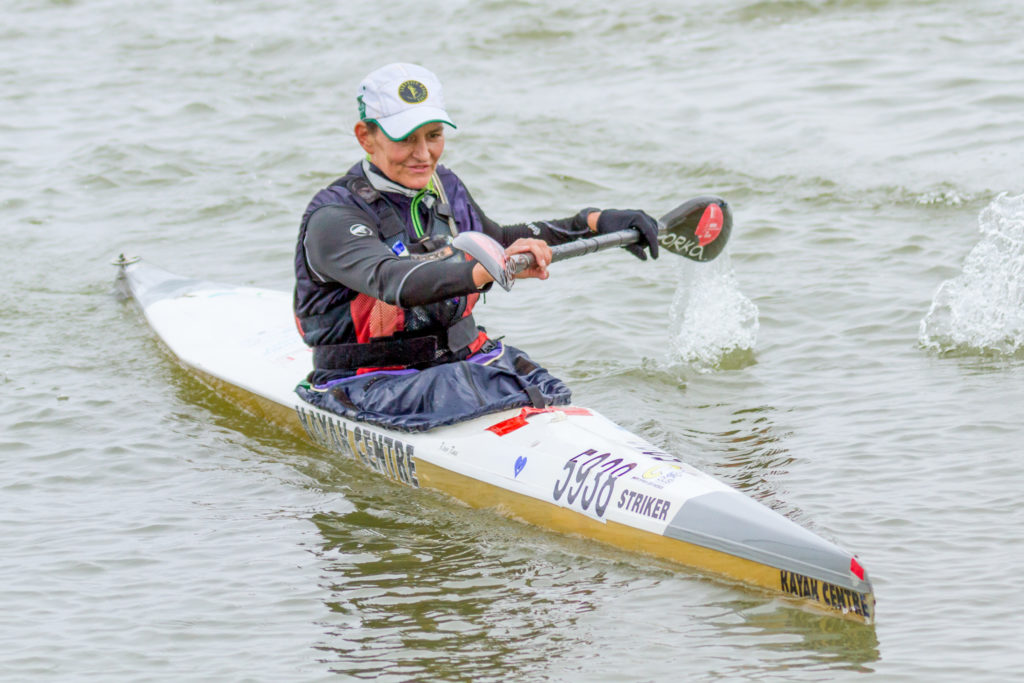 For the 52 year old architect, reaching this milestone was not on her radar once she had completed her tenth Berg.

Like so many regulars the cancellation of the Berg in 2020 as the country grappled with the Covid-19 hard lockdown was frustrating, and denied her a chance of securing that elusive thirteenth medal.

She joined a small group of like-minded paddlers who did the virtual Berg Ultra Paddle over the four days on the actual race course last July, knowing full well that it would not count as another Berg finish.

For Scott the annual journey through the Swartland on the Berg River is a chance to rekindle special friendships, and take on the significant challenge of the ultra-distance event.

“I enjoy endurance events that challenge you mentally and physically,” noted Scott. “It’s a huge privilege to paddle the Berg.”

As a paddler that started tackling the Berg later in life, Scott has vivid memories of her debut Berg in 2005.

“The kindness and encouragement from the officials, friends, people on the river banks and fellow paddlers really made an impression on me. I was so blissfully unaware of what lay ahead of me!

“There is a whole collection of like-minded crazy people that you see once a year on the Berg,” she added

As she reflects on the dozen medals she has to her credit and gets to grips with the records she will potentially set in a few weeks time, Scott can reflect on her eventful relationship with the Berg Marathon.

“My best race was the flooded Berg in 2008. My overall time was more than seven hours quicker than the previous year! We paddled over farmers fields, across roads dodging traffic signs and through open farm gates!”

“I have been fortunate as I have no bad memories, just some blisters and a sore bum.

“I did clash paddles with a guy at the start of the final day of my first Berg. It was freezing cold and he took a swim. I felt awful and eventually when I saw him again years later I apologised. He laughed his head off!”