Hat-trick champion Jacques Theron joined the impressive list of former winners to enter the Berg River canoe marathon from 5 to 8 August, saying he had to be part of the 60th anniversary celebrations.

The 44 year old accountant from Howick in KwaZulu-Natal will be starting his thirteenth Berg, looking forward to a unique on-the-water reunion with many of the elite stars that dominated the race in previous years.

“What a race that is going to be!” enthused Theron. “That front bunch will be so fast, so I hope I am good enough for the second bunch. 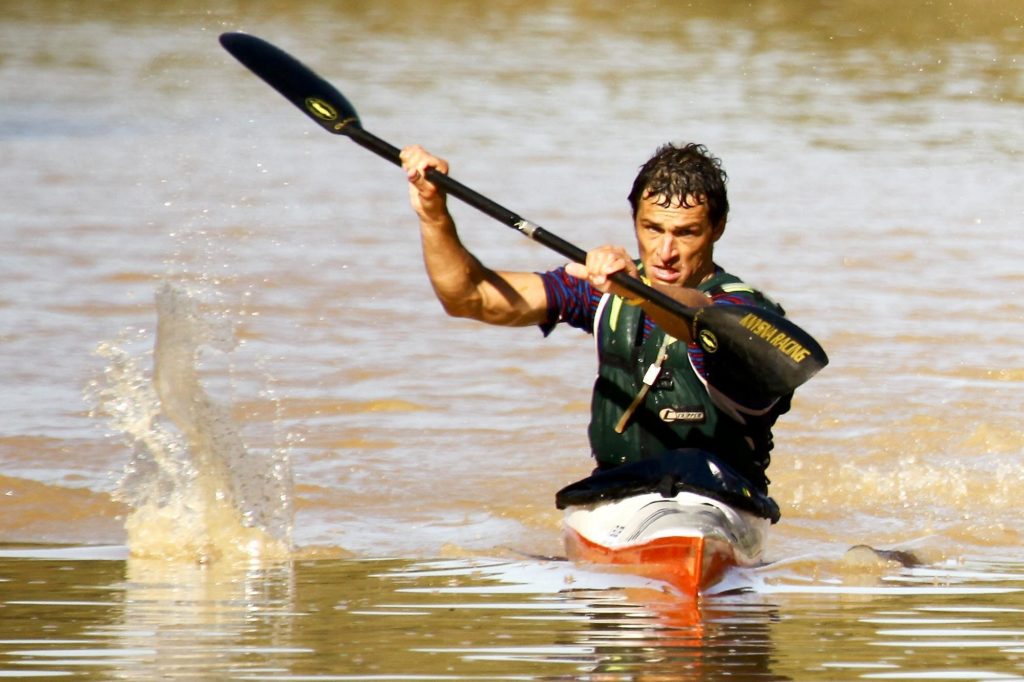 “That chasing bunch will have some amazing characters I think. I want Robbie Herreveld’s wave. There could be fast young guys like Alex Masina, good paddlers like Ernest van Riet, Heinrich Schloms, Wayne Jacobs and Gert van Deventer. Watch Jasper Mocké if he isn’t on the front bunch.

“Add in Morné Vorster and I still have a feeling that Graeme Solomon will be there as well, and if that is the case I want to hook his wave. It is so big and consistent. What a race!

“And I still think Hank (McGregor) will be there,” he added.

Theron was inspired to make a Berg comeback during last year’s hard lockdown that forced the cancellation of the 2020 Berg.

“That Ultra Paddle was a fantastic initiative and really inspired me to be part of the 60th anniversary Berg,” said Theron.

As a veteran of the race he understands the demands of the 240 kilometres and four days of paddling.

“Look, no matter how much work you have done, the Berg is hardcore. It is tough, but as we see every year it is achievable. It is a realistic goal.

Theron has become fascinated with the tactics needed for a successful Berg campaign, with its ultra-distance demands, and a mixture of elapsed time starts and batch starts.

“The Dusi has become a time trial but the Berg is all about strategy,” he said

Theron surprised many locals when he turned up in the Swartland for a recent one-day pre-Berg race, making his intentions clear for the main event in July.

“I am really fired up and motivated this year to get back on the Berg,” he added.

“Getting onto that podium will be very very tough, but maybe there is a top five possible,” he said.